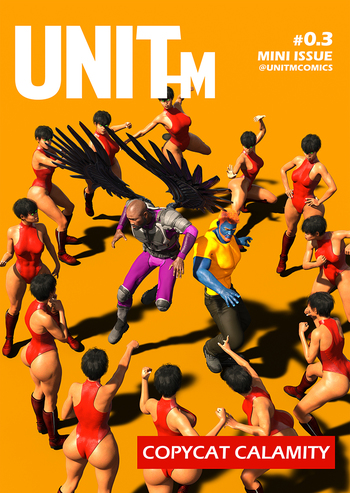 The cover of Issue #0.3: Copycat Calamity

is a web comic about a team of superpowered Monsters assembled to combat human-Monster violence and stand against prejudice.

The comic takes place a world where Monsters with bizarre features and amazing abilities live among ordinary people.

Each issue of the comic is designed to be a standalone story, though characters, themes, and certain plot threads can and do carry over from issue to issue.

is published on the ComicFury platform.