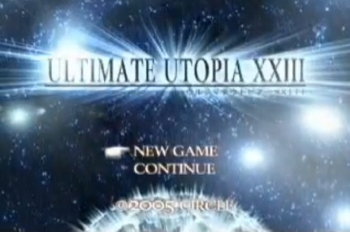 Presented by Adarahs Computer Entertainment America, a CircleHard production, Ultimate Utopia XXIII is a parody of the hide-tanningly popular Final Fantasy series of role-playing games. It can be seen here