Web Video / Lord of the Weed 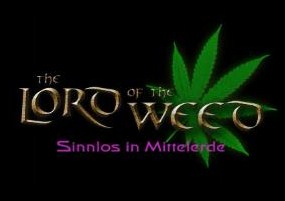 "Es war einmal, südlich der Grasplantagen von Mittelerde..."
"Once upon a time, south of the weed plantations of Middle-earth..."

Everything is fine and peaceful in Middle-earth. Humans, elves, halflings, dwarves and orcs live in perfect harmony, for they share a common pleasure: Smoking weed. Only one day Sauron "the orc king" has a little bit too much of a good time — and the weed starts getting slim...

If you want to find out more: There are versions on YouTube with English subtitles starting here