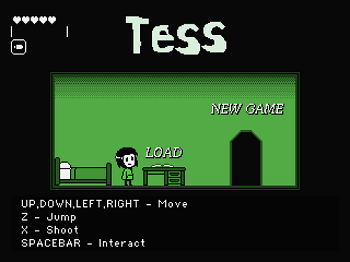 Tess is a surreal run-and-gun 2D platformer game that was entered into the 2014 Indie Game Maker Contest. It follows the story of Tess, an odd little girl who had a bad day.

An English version can be downloaded from here

. The creator's tumblr can be found here