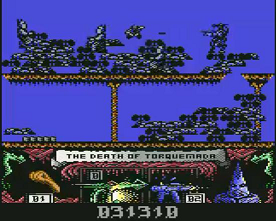 was released by Martech in 1987 for Amstrad CPC, Commodore 64

. While it is relatively simple action game with somewhat monotonic level design, it was received well at the time of its publication. Also, the memorable theme of C64 version

is considered one of the high points of Rob Hubbard's career.