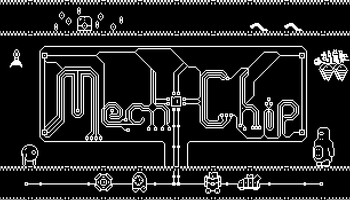 Mech Chip is a Platform Game, developed by Plutoneus and released on PC through Steam and itch.io

The premise is that you are a titular chip exploring the inside of the cybersphere, and are able to install yourself into new devices you stumble across in order to gain new abilities in this manner.