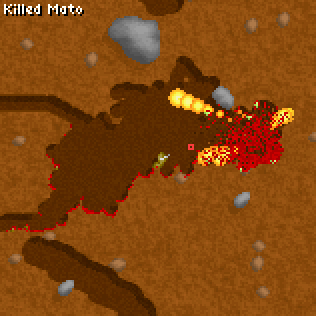 Liero is a freeware 2D shooting game by Finnish programmer Joosa Riekkinen. It can be best described as Worms in real time. The original was discontinued after the loss of the source code in a hard drive crash, but several remakes and clones with more features have been made, with the most popular being Liero Xtreme.