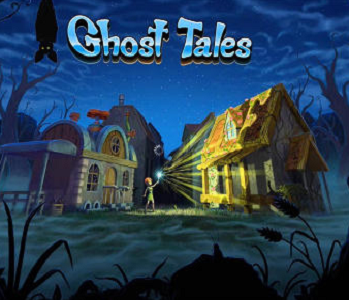 Ghost Tales is a casual game, released on Facebook and for iOS in 2015.
Advertisement:

Anna is a normal girl living a relatively simple life. She used to be close to her grandfather who went missing years ago. One day, she gets a letter talking about him with a mysterious wand contained inside. She decides to follow up on the address inscribed in the letter, wanting to know what connection this has to her grandfather. Once she arrives to the town, she makes a startling discovery: the town is inhabited by ghosts! What's more is that her grandfather is one of the residents! What kind of life awaits in this mysterious town?

Unrelated to a stealth fantasy game about mice named Ghost of a Tale.