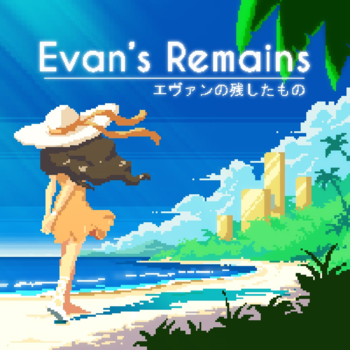 that contains puzzles that the player can either complete or skip altogether in favor of progressing with the story.

The story revolves around a boy genius named Evan, who disappears and sends a letter years later. The game starts with Dysis searching for Evan on the latter's request; Along the way she meets Clover, who has his own reasons for being on the island, and she follows him around as he decodes the message of the island. The plot begins to thicken from there...

Please note that by its very nature, Evan's Remains is very difficult to talk about at length without spoiling it. Read with care.