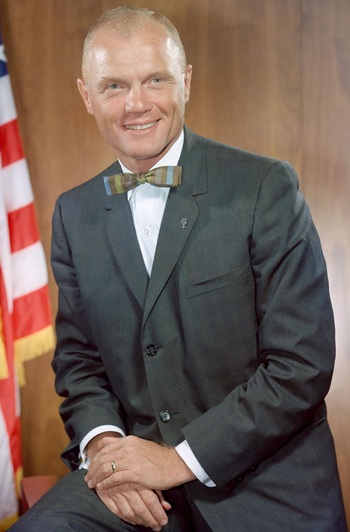 John Herschel Glenn Jr. (July 18, 1921 – December 8, 2016) was a US marine Corps aviator, engineer, astronaut, businessman, and politician who was a member of the Mercury 7 and the first American to fly around Earth 3 times. He later became the Democratic Senator for Ohio and became the oldest person to go into space at the age of 77.

He was married to Annie Castor Glenn and they had two children.

Glenn died in 2016 at the age of 95 after declining health. He had been the last surviving member of the Mercury 7.

Not to be confused with James Bond films director John Glen.