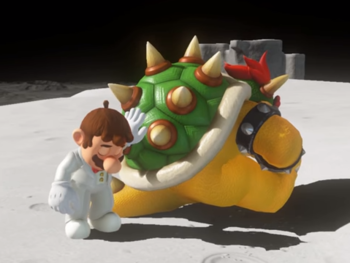 Within every man lies the remnants of a broken heart. Love is a bitch, isn't she?
Moment Subpages are Spoilers Off. You Have Been Warned.