Series / Saul of the Mole Men 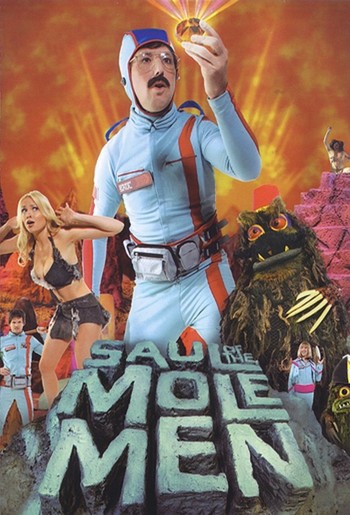 Saul of the Mole Men is a television series which aired on Adult Swim for one season in 2007. It was created by Craig Lewis, who also wrote for Foster's Home for Imaginary Friends and The Grim Adventures of Billy & Mandy.
Advertisement:

Saul Malone is a member of the team STRATA, which is piloting a ship burrowing deep under the surface of the earth, on a mission to prove the existence of a "Mother Rock" which all rocks have descended from. Suddenly, the ship is pummeled by a ton of rocks, leaving Saul Malone, a robot named Robot with a human brain, and a musician named Johnny Tambourine - who is in a hibernation capsule - as the only survivors to find themselves in an underground world which is populated by creatures known as Mole Men.