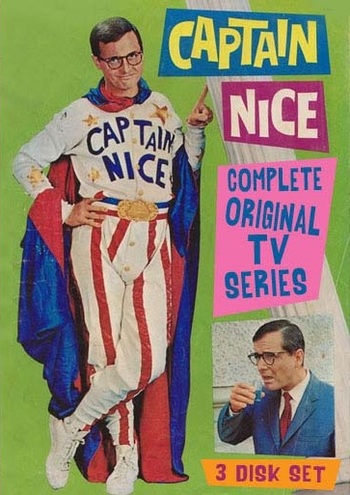 Captain Nice was a 1967 NBC show starring William Daniels. It centered around a police chemist named Carter Nash who invented a chemical that, when he drank it, gave him super strength, the ability to fly, and invulnerability. Under the guise of "Captain Nice" he protected the citizens of Big Town.