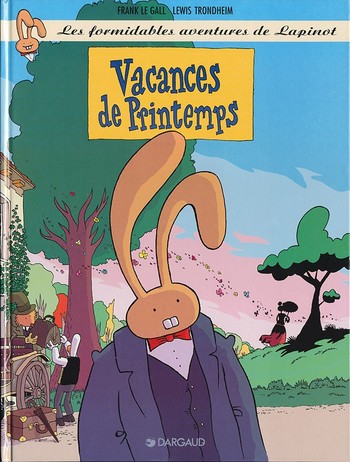 Vacances de printemps is a 1999 comic book by Lewis Trondheim and Frank Le Gall. It is the fifth album of The Spiffy Adventures of McConey series. It is a parody of Romance and it is set in Victorian Britain. Lapinot is young painter. He falls in love with Miss Nadia, but soon realizes that he has rivals: his two Childhood Friends Richardson (Richard), a soldier, and Mac Terry (Titi), the son of a butcher.