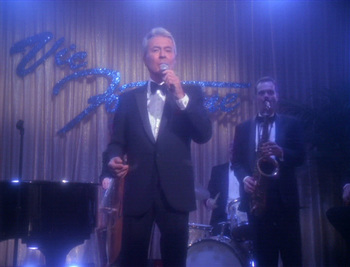 Vic Fontaine, everybody!! Oh, right, and elsewhere there's a Relationship Upgrade or something.
Odo seeks some advice on romance from newly introduced Creator's Pet, Vic Fontaine.