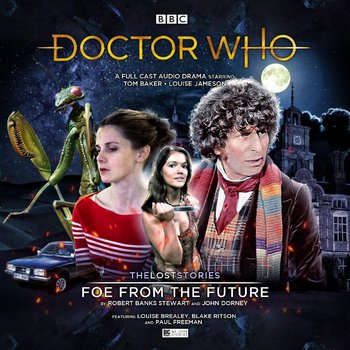 Investigating a rupture in the Time Vortex, the Doctor and Leela arrive outside the Grange, an old manor house near a small village, and swiftly learn that the house is home to the mysterious Lord Jalnik and has recently been the source of various ghostly apparitions. With the aid of local girl Charlotte, the Doctor learns that they are dealing with an invasion/evacuation from the future, and must face the question of what happened in the future and how he can save the people.