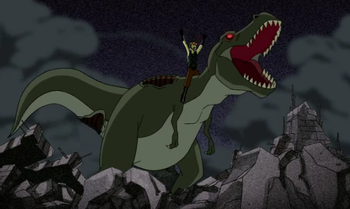 And that's why they call it a "King".
You are supposed to use your powers to help people, not to find some stupid trading card.

A veterinarian called Dr. Animo terrorizes Washington by mutating animals. Also, Ben learns what it means to be a hero.