Podcast / The Worst Idea of All Time 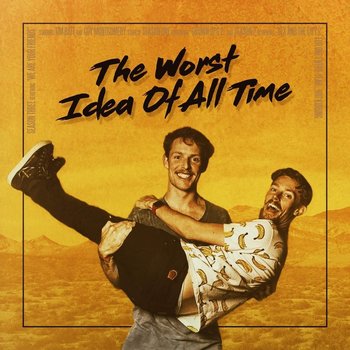 Time and attention are required to truly appreciate the intricacies of any great work.

Tim Batt and Guy Montgomery understand this very well. Every week the two New Zealanders watch the same movie and discuss/review it. For a year. Also, for an extra bit of challenge, they have to say at least one nice thing about it every time.

The first movie chosen to give this amount of scrutiny to was Grown Ups 2. What started out as 30-minute long discussions about the film's comedic pitfalls and plot holes turned into extended bouts of maniacal laughter, existential reflections, and self-loathing.

Only a few weeks after the conclusion of their initial journey, the boys embarked on a second quest to review a movie every week for a year: Sex and the City 2. After that was done, they took on a third challenge: Give the same treatment to We Are Your Friends. This was followed up with the first Sex and the City film. The fifth season puts a twist on the format; the duo watches a different Emmanuelle film each week for a year.

Besides that, the duo also works on a yearly side project in a similar vein along with Justin, Travis and Griffin McElroy of the My Brother, My Brother and Me podcast, called Til Death Do Us Blart. The premise is simple; watch and review Paul Blart: Mall Cop 2 on every American Thanksgiving until the end of time.