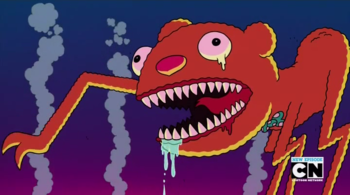 Be afraid. Be beary afraid.
Advertisement: