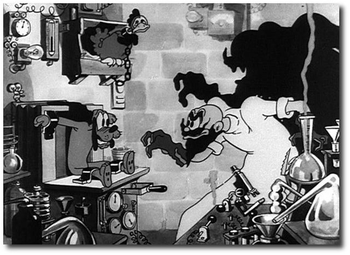 Easily one of the most frightening shorts that Disney has ever produced, The Mad Doctor brought nightmares to many a kid that viewed it. And as we're treated to the house of horrors that Mickey goes through in an effort to save Pluto, and the horrors that Pluto goes through, it's not hard to see why. If it's even possible, this short might rival the creepypasta Suicide Mouse in the horror department.