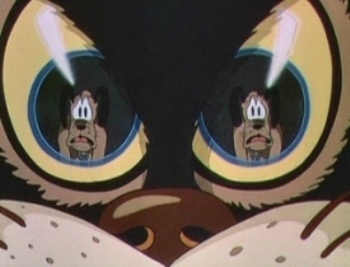 Even in those charming seven minute cartoons, Disney sometimes managed to scare the audience.