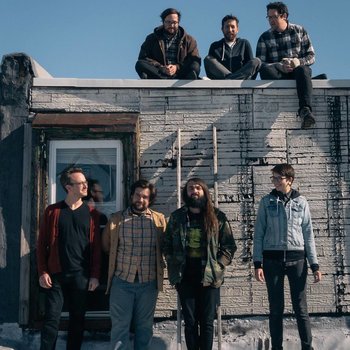 The World is a Beautiful Place & I Am No Longer Afraid to Die is an indie/emo band with an ever-changing, ever-evolving lineup that is part of the emo revival scene of the 2000s, when indie groups began to take the emo sound and move it in a more melodic, atmospheric direction. Their sound can be compared to other, earlier emo bands such as American Football with more lyrical clarity, although they do tend towards Word Salad Lyrics and ould be construed as fake deep for similar reasons to most emo bands. They made an album ("Between Bodies") largely consisting of spoken word poetry set to music.