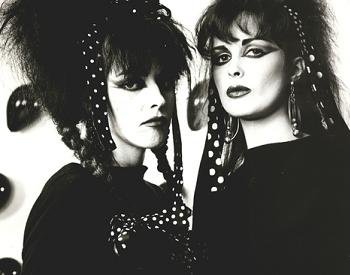 Strawberry Switchblade were a Glasgowian Synth-Pop duo that consisted of Rose McDowall and Jill Bryson. The duo were known for their colorful appearance with tons of bows and polka-dots, and upbeat songs which masked dark lyrics. Unfortunately, they only released one album, which featured their only hit song on it, the #5 UK hit single "Since Yesterday". They split after the parent album underperformed and later singles flopped.