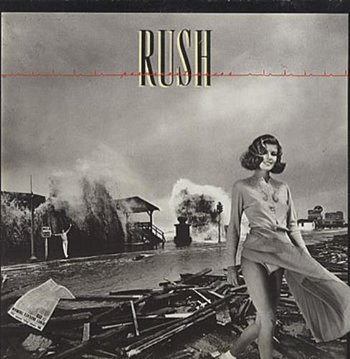 Permanent Waves is a 1980 album by the Progressive Rock band Rush. Musically, it represents a transition to shorter, slightly more straightforward pieces, while still keeping much of the complexity the band’s music was known for. Vocalist Geddy Lee also began singing in a lower register at this point. The album was commercially successful and spawned the hits “The Spirit of Radio” and “Freewill” as well as the fan favourites “Natural Science” and “Jacob’s Ladder”. The album remains well liked by the band’s extensive fan base, although it often gets overshadowed by its successor Moving Pictures, which is often regarded as the band’s finest album.