Music / Moanin' in the Moonlight 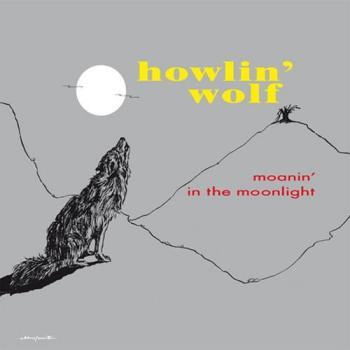 Moanin' in the Moonlight is the 1959 debut album by Howlin' Wolf. His most famous songs, "Moanin' at Midnight", "How Many More Years?", "Smokestack Lightnin'" and "Evil" are all present here.

The album was included in Rolling Stone's Rolling Stone: 500 Greatest Albums of All Time ranked #154. In 1999, his Signature Song "Smokestack Lightnin'" received a Grammy Hall of Fame Award; ten years later, it was added to the National Recording Registry for being "historically, culturally and aesthetically important".