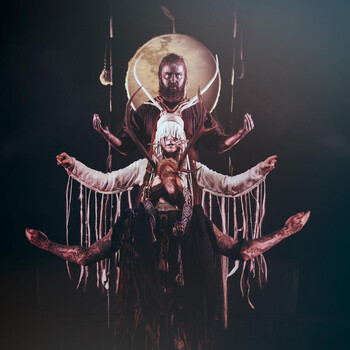 Heilung ("Healing" in German) are a band with members from Germany, Denmark and Norway, who describe their music as "amplified history."

Tropes displayed by this band