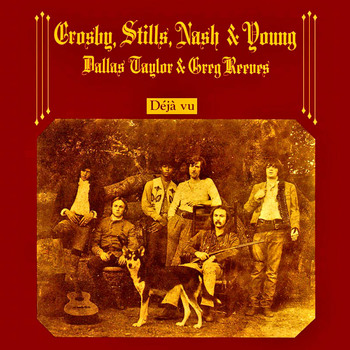 Déjà Vu is the first album under the supergroup Crosby, Stills, Nash & Young, and the second album by the first three musicians together. It was released on March 11, 1970 through Atlantic Records. After the successful release of Crosby, Stills & Nash, the eponymous group sought a fourth member, and under Ahmet Ertegun's recommendation was referred to Stephen Stills' former Buffalo Springfield bandmate Neil Young. It was released to strong sales, at seven times Platinum according to the RIAA, to date the highest-selling album for any of the members.

Supported by four singles: "Woodstock", "Teach Your Children", "Our House" and "Carry On", the first three of which were Top 40 hits.

Trope your children well. Your troper's hell will slowly go by: