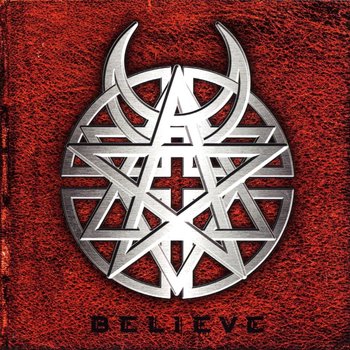 All your belief / Cannot absolve your sin
Advertisement:

Believe is the second studio album of Disturbed which was released September 13, 2002 just a few years after their wildly popular debut album in 2000. The band makes several notable changes in their style and lyrical content, with less emphasis put on being savagely aggressive and more effort to sound melodic and insightful.

While the overall style is similarly heavy to their first offering, Believe has a more refined and polished sound that the band has further improved over the years since its debut. Similar to the album that preceded it, Believe spawned several hit singles including "Prayer

Preceded by The Sickness, succeded by Ten Thousand Fists.
Advertisement: