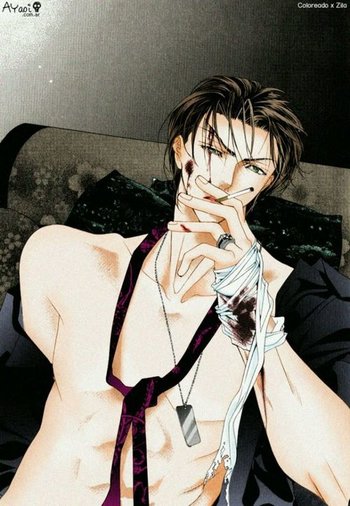 Summary: The mafia threatens Ewon into working for a loan shark, where he's forced to run errands for no pay. The culprit who doomed Ewon to this life is none other than Jiho, Ewon's jealous ex who still burns at Ewon's infidelity. Their gang leader Mookyul, with movie-star good looks and the bizarre, drunken habit of biting people on the neck, takes a keen interest in his attractive new errand boy. Will Ewon be able to survive the violent underworld (not to mention the constant sexual harassment) he must endure as an underling of Mookyul? (Source: myanimelist)