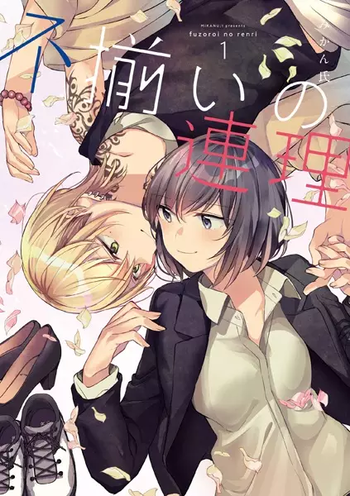 They are so different but they are together.

Iori Tanaka works in a big company and has a bad habit for dating married men. After just another painful break-up she gets drunk in a local bar and ends up sleeping with a bar emoployee — 18-year old Minami Sendou.

These two girls are total opposites of each other. Iory is a well-employed OL with decent family situation, but is a bit lazy and prone to drinking at home, while Minami is a former deliquent with abysmall home situation but good houskeeping skills and dominant character. Still, they decide to move togeteher and pursue their relationships.