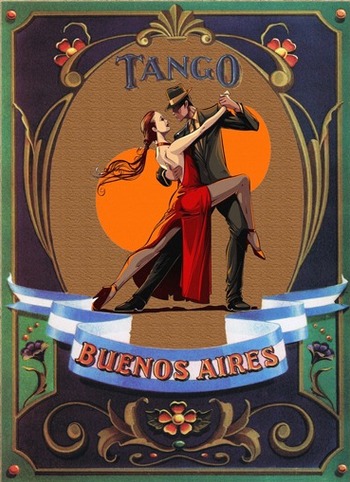 Initially, it was a music genre from poor slums, influenced by music styles brought by African slaves in the 18th century. It became a huge hit among the young people in Buenos Aires and Montevideo during the early 20th century. Dancers and orchestras made frequent trips to Europe, and there were Tango booms in Paris, New York, and Berlin. By 1915 Tango got the style it has nowadays.

The genre had a decline in the 1930s, as a result of The Great Depression and the restrictions imposed by the Culture Police of the 1930 and 1943 military governments. There was a brief revival during the tenure of Juan Domingo Perón, but it declined again with the renewed restrictions of the 1955 military government, as well as being overshadowed by the new Rock & Roll.

Tropes about the genre

Artists that experimented with Tango