Literature / The Keepers of the House 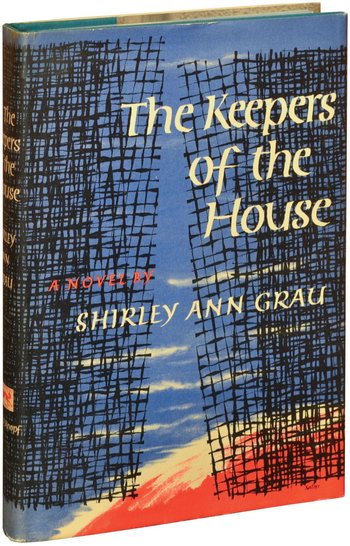 The Keepers of the House is a 1964 novel by Shirley Ann Grau.

It deals with several generations of the Howland family, rich landowners in Mississippi. The first William Howland set down roots in Mississippi after marching with Andrew Jackson in the War of 1812. The Howlands prosper as plantation owners, managing to hold onto their wealth and their land after The American Civil War and the end of slavery.

Much of the story follows the fifth and last William Howland, born in the later 19th century. William marries young and has a daughter, but when their son is born his wife dies of childbed fever, and the boy dies soon after. William is left a single father looking after his only daughter, Abigail. Eventually Abigail marries, but she dies young of tuberculosis, leaving William a single grandfather looking after his only granddaughter, also named Abigail, who is the protagonist and narrator of the second half of the novel.

In his old age William takes as a lover his black housekeeper, Margaret. The local community of racists accepts matter-of-factly that William's servant is also his concubine—but there's something they don't know.