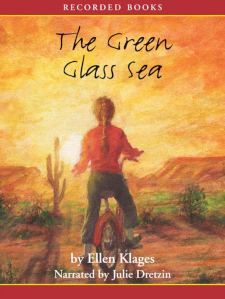 It is 1943 and eleven-year-oldnote well, ten at first, but she turns eleven after a month of in-story time Duodecima "Dewey" Marie Kerrigan is on her way to Los Alamos, New Mexico, to meet her father. When she gets there, she learns that Los Alamos doesn't officially exist and that she is not to call anyone "doctor" because people might get suspicious. This is nothing new to her, of course. There have been lots of secrets since the war started, but now there are more than ever, most of them having to do with "The Gadget", a mysterious weapon that the adults are working on and that people say will help them win the war. It's only at the end that Dewey realizes just how big everything is.

This novel has a sequel, White Sands, Red Menace.