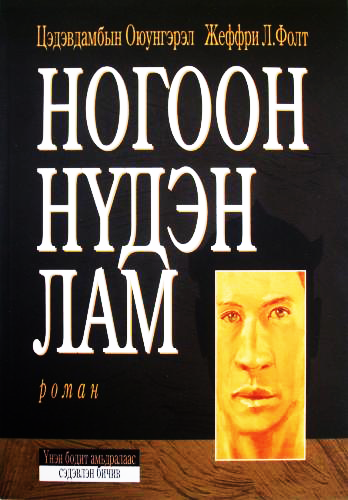 The Green-Eyed Lama is a 2008 novel from Mongolia by Oyngerel Tsedevdamba and Jeffrey Falt.

It is set in Mongolia from 1937 to 1945, specifically in the northern part of the country near Lake Khovsgol. Baasan is a lama at the Dayan Deerkh

monastery, as are two of his brothers; his oldest brother Bold is a nomadic herder like everyone else in the area. Baasan falls in love with Sendmaa, a beautiful, spirited young lady. They make love and Baasan elects to leave religious life and marry Sendmaa. What he doesn't know is that his brother is also in love with Sendmaa. As Sendmaa and Baasan are making their plans, Bold is going the more traditional way and approaching Sendmaa's parents for her hand.

However, greater events will interfere with this love triangle. The new Mongolian ruler, Marshal Choibalsan

, is an authoritarian Stalinist who unleashes a brutal, violent purge of Mongolian Buddhism. Almost all the monasteries in the country are burned to the ground and thousand of lamas are murdered. Baasan is thrown into a brutal prison, while Sendmaa and Bold struggle to survive while the nation suffers under communist oppression.

A rare example of a Mongolian novel translated into English. For another Mongolian work that deals with the wave of repression in this era, see the feature film A Pearl in the Forest.