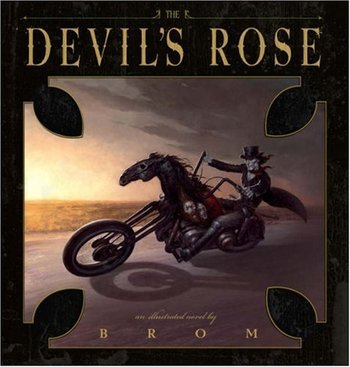 The Devil's Rose is a 2007 illustrated novel by the artist and writer known as Brom.

Escapees from the fiery underworld fill the richly illustrated pages of this novel set in modern-day Texas. They terrify and slay the living while trying to elude the guards who have been sent to round them up. Cole, one of the undead, has been sent to reclaim these souls in flight and return them to the fiery depths. But one escaped soul is not like the others: Rath, who in fact wants to return to Hell. But why? And why does Cole, a tormented soul from hell, strive to capture his fellow hellmates? It has to do with a woman named Rose—a woman he has wronged—and a pact he made with the devil.