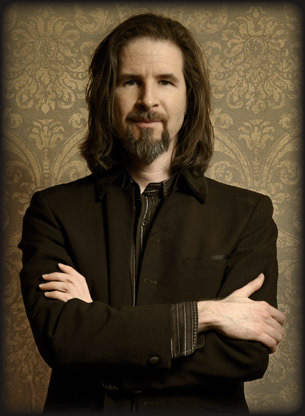 Gerald Brom
Brom (or Gerald Brom, though he is more well known by just his last name, born March 9, 1965) is an American gothic fantasy artist and illustrator, known for his work in role-playing games, novels, and comics. He started off as an artist for Dungeons & Dragons, and has also done work for World of Warcraft, and Wizards of the Coast.

He also does some writing, his most recent work include: