Literature / The Devotion of Suspect X 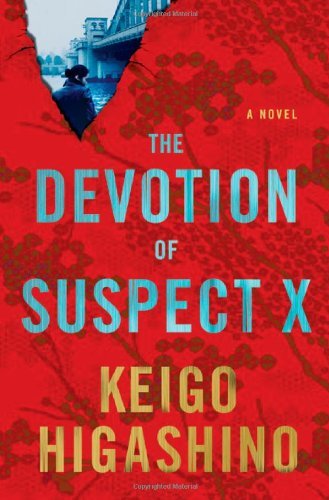 The Devotion of Suspect X is a 2005 mystery novel written by prolific Japanese author Keigo Higashino. The novel is the first in his loose "Detective Galileo" series, about brilliant but eccentric physics professor Manabu Yukawa, who is frequently consulted for advice on tough cases by his old schoolmate Detective Shunpei Kusanagi. In Higashino's native Japan, it won the prestigious Naoki Prize, one of Japan's most highly regarded literary accolades (Koji Suzuki, the author of The Ring, is also a notable nominee of the award). After it got an English translation in 2011, it went on to be nominated for the equally prestigious Edgar Award from the Mystery Writers of America, and helped put Higashino on the map in the English-speaking world.

Like most great mystery stories, it begins with a sudden act of shocking violence. Humble bento shop employee Yasuko Hanoaka, a single mother, stumbles into an unexpected confrontation with her abusive ex-husband Shinji Togashi after years of trying to escape him. When Togashi crosses the threshold of her home and tries to threaten her teenage daughter, Yasuko fights back in desperation, and is ultimately forced to kill him in self-defense. Faced with an impossible choice between confessing and covering up her crime, salvation arrives from a most unexpected source: Yasuko's neighbor Tetsuya Ishigami, a quiet loner who teaches mathematics at the local high school.

With eerie precision, Ishigami deduces Yasuko's crime in mere minutes—but instead of phoning the police, he offers to help her cover up the crime without question. Days later, Yasuko is prepared to face the inevitable police investigation with an airtight alibi, thoroughly baffling Kusanagi when he deduces Togashi's identity and fingers Yasuko as the most likely suspect in his murder. But when Kusanagi goes to his old friend Yukawa (called "Detective Galileo") for advice, things take an unexpectedly personal turn. Why? Ishigami and Yukawa were once schoolmates at Tokyo's Imperial University, and both men are well-acquainted with how the other thinks. As the mystery races towards its conclusion, it becomes clear to Yukawa that he and his old friend have wound up on opposite sides of the law, and that Ishihami may have put his considerable analytical skills towards constructing The Perfect Crime. But why would a middle-aged math teacher want to cover up a crime committed by a complete stranger? And why does every piece of evidence point towards an explanation that couldn't possibly be true?

While we don't want to hype this novel up too much, the general consensus is that it has one of the more shocking Twist Endings that you're likely to encounter in a mystery novel. If you want to experience the big twist as it was meant to be experienced, proceed with caution.