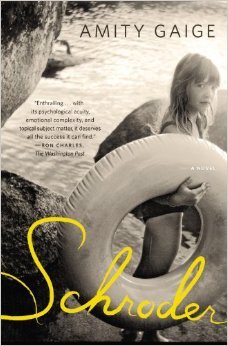 Schroder: A Novel is a 2013 novel by Amity Gaige. The plot focuses on Eric Schroder, an East German immigrant who creates a fictional identity (Eric Kennedy) as a young child when he applies to a summer camp. He continues to go by this name (as well as using a fictional back story) for several years. Along the way he marries a woman named Laura and has a child. His marriage eventually disintegrates and he struggles to maintain his life as well as his relationship with his six-year-old daughter, Meadow. During a parental visit, he flees home and takes her with him on a road trip through New England.