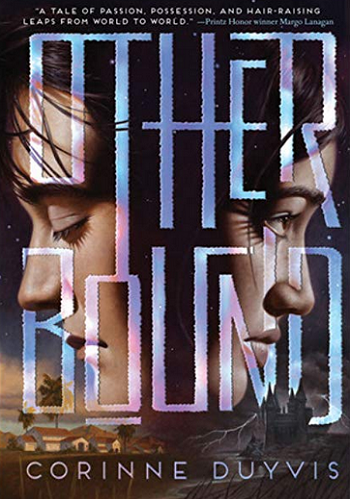 A novel written by Corinne Duyvis, starring a boy named Nolan in our world, and a girl named Amara in a different one.
Advertisement:

Their lives are intertwined through a strange ability of Nolan's: he can inhabit her mind as a rider of sorts, witnessing her world and the things that happen in it. Unfortunately, it tends to cause problems for him back on Earth, in part since his parents seem to believe his random disassociation episodes are seizures, which have to be treated with expensive medications.

And then things go From Bad to Worse...