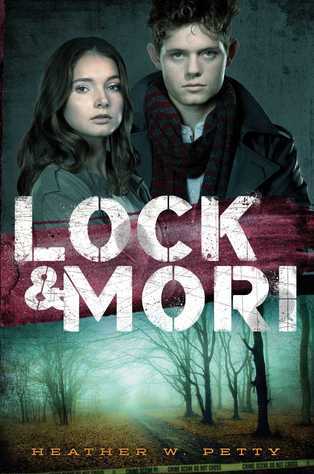 You know their names. Now discover their beginnings.
Advertisement:

A 2015 Young Adult mystery novel by Heather W. Petty, Lock & Mori acts as a pastiche of Sir Arthur Conan Doyle's Sherlock Holmes characters, with the setting updated to the present day. The book details a friendship - and even a possible relationship - between a sixteen year old Holmes and Moriarty, the latter being genderflipped.

After a classmate's father is murdered and the police at a loss for leads, the enigmatic sixteen-year-old Sherlock "Lock" Holmes challenges his newfound friend James "Mori" Moriarty to a game to see who can solve the murder first. There is only one rule: they have to share all clues with each other. Initially unwilling to participate, a budding romance between the pair soon draws Mori closer to Lock, all the while pushing him away after her own evidence reveals a suspect a lot closer to her than she previously thought, and Mori is forced to take matters into her own hands lest the killer go free.