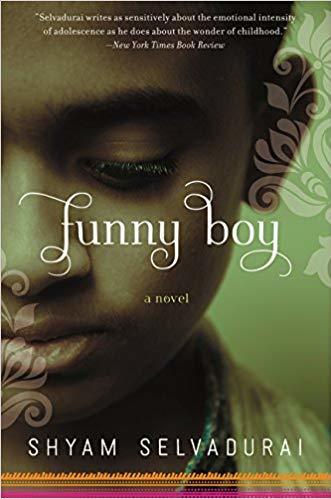 A 1994 novel by Shyam Selvadurai. It is a sort of autobiographical fiction: the main character Arjie Chelvaratnam, like the author, grew up in Sri Lanka in the midst of ethnic persecution of the Tamils by the Sinhalese. This unrest culminates, for Arjie, in the 1983 Black July mob riots. (Riots is an understatement; maybe "pogrom" is more appropriate.) Arjie starts the book as a young boy and ends as an adolescent. Given equal importance with the civil unrest aspect of his life is his family's fears that he might be—and his slow realization that he is—"funny": that is, gay.

Was adapted into a 2020 film written and directed by Deepa Mehta.

Not to be confused with the discontinued novels by Dan Gutman.