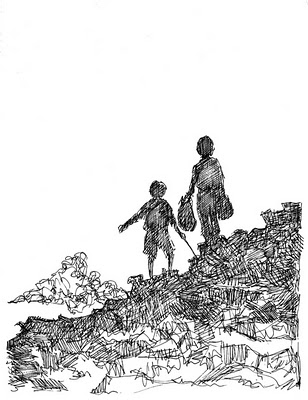 Just another day in the local dump...
Advertisement:

Efrain and Enrique are two young brothers whose abusive grandfather Don Santos forces them to scavenge the local dump to bring food for Pascual, a pig the old man is fattening. He forces the boys to keep going to the dump even when they are injured of sick. While Pascual the pig demands more food each passing day...

Featherless Buzzards has the following tropes.