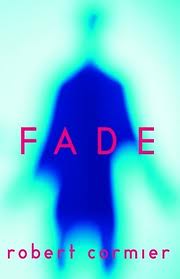 Fade is a novel written by Franco-American horror novelist Robert Cormier, and was published in 1988. It tells the story of Paul Moreaux, a teenager in 1938 who has recently discovered he has the power to turn invisible at will, a power he calls "The Fade". Despite the cautions of his uncle Adélard, also a Fader, Paul puts his power to use eavesdropping. This power ends up bringing more trouble than he bargained for, as he witnesses horrible truth after horrible truth.