Literature / The Fae of Calaveras County 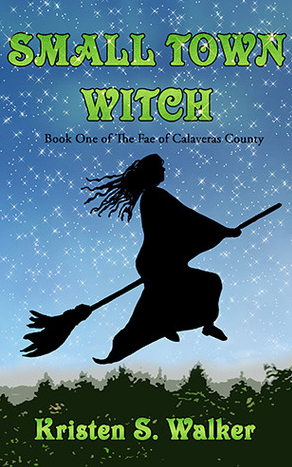 The Fae of Calaveras County is a Young Adult Urban Fantasy series written by Kristen S. Walker. The first book, Small Town Witch, was released in May 2013, with a sequel in the works.
Advertisement:

The series tells the story of a small town called Madrone, Northern California, in an Alternate Universe where magical beings, or magikin, coexist peacefully with humans. Most of the magikin are harmless and live by rules and laws that keep their human neighbors safe. The more sinister variety, the Unseelie, were banished into the Realm of Faerie by their rivals, the Seelie, and supposedly pose no threat to humans.

Rosamunde, the protagonist of the first book, is a teenage girl who made a deal with a fae on her thirteenth birthday to obtain magical powers. Her mother, who made the same deal as a young woman, is now training Rosa to become a witch, but insists that her daughter is not prepared to learn more advanced magic. Little by little, Rosa begins to find out more and more disturbing details about how far her mother is willing to go to keep her safe.

With the help of her friends—a mischievous Kitsune, the shy human daughter of two vampires, two noble faerikin, and a fae man with many names—Rosa investigates the extent of her mother's influence on over her entire family. Along the way, she has to find the strength to stand up to her mother and make her own decisions.

According to the author, the second book will be in the point of view of Kai, Rosa's Kitsune friend.

The Fae of Calaveras County series provides examples of: