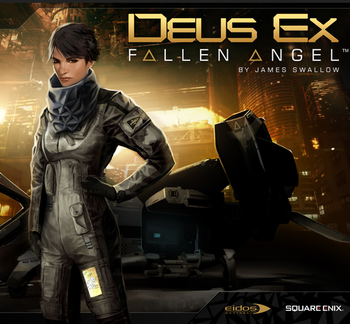 Deus Ex: Fallen Angel is a science fiction novella written by James Swallow. Set in the Deus Ex Universe, it serves as a prequel to the Deus Ex: Human Revolution. The novel stars Faridah Malik and provides details on her past, her connections in Hengsha, and the events that led to her moving to Detroit and working for Sarif Industries.
Advertisement:

The novel was originally available as a pre-order bonus for Deus Ex: Human Revolution - Director's Cut. On December 22, 2014, Eidos made the novel available for free download here