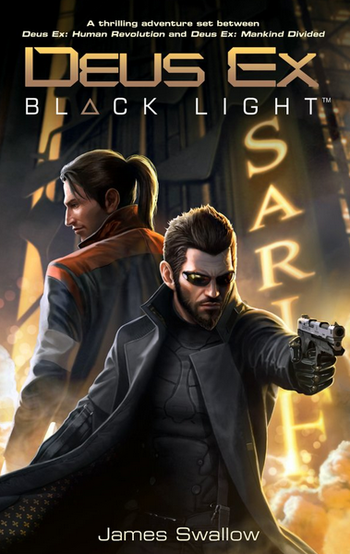 The year is 2029, and the shining promise of a new age of human augmentation is in ruins in the wake of the devastating ‘Aug Incident’ – a horrific catastrophe triggered by a cabal of shadowy power brokers, where millions of cybernetically-enhanced people suffered a forced psychotic break.

Awakening in the aftermath of a changed world, with gaps in his memories and suspicion on all sides, augmented ex-cop and former security operative Adam Jensen struggles to piece his life back together, in a new reality where ‘Augs’ have become the targets of hatred, fear and violent discrimination. Now the dark forces behind the Incident are gathering once again, reaching out to manipulate the course of global events through terror and intimidation. To find the answers that he seeks and the people who destroyed everything he knew, Jensen must return to the ashes of the past, reconnect with old allies, and risk all to expose a deadly conspiracy – but in a world shattered by secrets, can the truth be brought into the light?