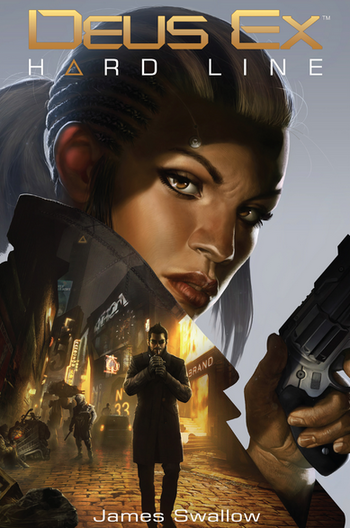 Deus Ex: Hard Line is a science fiction novella set in the Deus Ex Universe and written by James Swallow. The storyline follows Alex Vega between the events of Deus Ex: The Fall and Deus Ex: Mankind Divided, as she begins working for the Juggernaut Collective. The novella is available in digital format as part of the Collector's Edition and Day One Edition of Deus Ex: Mankind Divided.