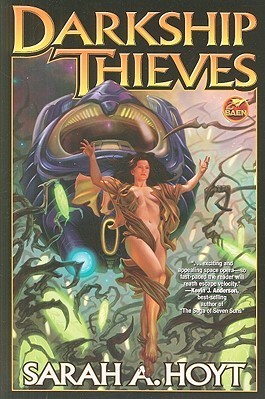 Darkship Thieves and its sequel Darkship Renegades are Science Fiction novels by Sarah A. Hoyt. Set in a solar system after a massive revolt against genetically engineered Mules who ruled the Earth, it features Thena, the daughter of one of the ruling Good Men, who finds herself accidentally in a ship from Eden, where some refugees from the revolt have lived for generations. Kit, its captain, saves her but insists on bringing her back, for safety.
Advertisement:

A Few Good Men is set in the same universe and is affected by the same events.