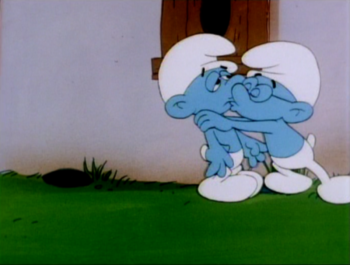 After all, there is only a few women.
Advertisement:

This page covers Ho Yay in The Smurfs.