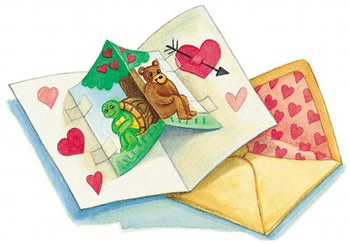 Are we sure Franklin and Bear are just best friends?
Advertisement:

There are definitely some "puzzling" moments in this cartoon, including some Parental Bonuses.